San Sebastian-Donostia, Guipuzcoa Province capital, is a city that bases its economy on trade and tourism.

Landscapes as the Bay of La Concha and French-cut modern architecture have led to the development of tourism activity on an international scale. Donostia-San Sebastián is therefore known as a European city for international events such as film festivals and music (mainly jazz).

San Sebastian-Donostia is named after the former monastery of San Sebastián that was located in the present Palace of Miramar.

The city has gone through several phases since its foundation as a fortified place and it was not until the seventeenth century did not obtain city status by Philip IV. Several inlcuso looting and burning of almost all the city has led her to be entirely rebuilt in the nineteenth century. It is in this century when the city expands, tearing down the walls and became the capital of the province of Guipúzcoa.

In San Sebastián-Donostia are basically three nightlife areas, each with a strong identity. One of the most popular is the Old Town, the neighborhood that never seems to rest.

The Catholic Kings Street, located in the back of the Cathedral of the Good Shepherd, hiding her face more chic, with modern local musical offerings riskier.

Can find variety of pubs like Dion’s, the Whisky Museum or Relojberri.

San Sebastian-Donostia cycling. Over 30 kms of bide-gorris (os bike lanes) are waiting for the best offer on wheels in town.
This is a quick, ecological and convenient way to visit San Sebastian-Donostia, since from the boardwalks to the downtown streets, every corner of the city are perfectly suited to cycling.
The city has, equally, with several shops devoted to bicycle rental.
Bike sights official guide

San Sebastian-Donostia has a full fleet of buses, run by the company DBus, which will allow you to go in a quick and inexpensive way from one end to another of the city.

The master key to the city. San Sebastian-Donostia Card makes the difference between visiting or really knowing San Sebastian.
You can access public transport, unbeatable discounts at museums, restaurants and shops, that will make your stay a pleasure.

How to buy it

The architecture is alive history in San Sebastián-Donostia. Each building represents a period, a different style and discovering them suppose to know part of the legend of the city. In San Sebastián-Donostia classical buildings coexist with the Frenchified style works like the Belle Epoque and also you can find avant-garde and modern buildings that contrasts with traditional aesthetics.
Architecture guide

San Sebastian-Donostia beach is one of the main attractions in the summer. All with their personality.
La Concha beach, the most famous and Ondarreta beach more familiar both located in the Concha Bay.
Zurriola, the youngest and surfing beach, and small secluded beach on the island of Santa Clara beaches complete the cast of a single integrated Environmental Management System, where yo can enjoy all the services for the bather .
Beach guide

San Clara Island. Few cities can boast of having an island in the Bay and San Sebastian-Donostia is one of them.
You can enjoy the small beach, strolls to the unique building of the lighthouse, the trails with picnic or coffee on the terrace of the bar, its proximity to the beaches of the bay also enable access to swimming for all year.
With autumn tides some have made ​​it on foot at low tide.
From the Island you can enjoy a superb view of the city.

Getting to the Island? During the summer a motor boat service runs every half hour to the dock port of the island.

Parks and gardens. Donostia-San Sebastián has a huge number of urban green areas, easily accessible and commendable beauty.
We speak of its parks and gardens, green spaces in the city and reflection their sustainability.
Parks and gardens guide

San Sebastian-Donostia has a long list of deals for leisure and therefore you have countless different plans to occupy your free time.
Children and adults are guaranteed fun, relaxation and sport.

Known worldwide as a culinary capital, San Sebastián sensory eating is an art capable of causing all kinds of emotions and feelings. From the traditional to the author cuisine, through the recognized and charismatic sidrerias and pintxos bars, San Sebastián is a gastronomic paradise we invite you to learn in different ways.
Gastronomic guide

With nearly a century old, but younger than ever, the Aquarium of San Sebastian, recently remodeled, can boast of being one of the most modern oceanographic museums in Europe.
Acrylic tunnel crossing its 360 water suspended in the middle surrounded by big sharks and enormous manta rays, or play copies of live fish in its tactile aquarium are just some of the fun possibilities offered by this museum.

Go to the Casino Kursaal

The Kursaal Casino roulette have been decades spinning endlessly. Located on Main Street, in the heart of the Old Town, the Casino, an institution in the gaming world, also offers a restaurant, the Boule, and an exhibition hall that when the sun is down is transformed into a living party atmosphere overflowing.

A visit to a different museum. The Science Museum of San Sebastián is designed to amuse, entertain and of course, teaching. With various facilities and activadades as 3D Planetarium, and a play area of 300m2 with different simulations that transports visitors to a world of sensations

Surfing is one of the stars of San Sebastián. Thousands of surfers from around the world come to the beach Zurriola in order to maneuver its waves.
Precisely because of that San Sebastián are held throughout the year, especially in spring and fall, dozens of local, national and international tournaments. During these months, it is easy to confuse the Zurriola beach and around the area, like Sagües area, with any surfer city from Australia or California.
But not only the waves of the city are known worldwide … local surfers themselves are an example to follow in this sport.

Active tourism enthusiasts and hikers have an excellent opportunity on the road to Santiago as it passes through San Sebastián to enjoy their hobby through a suitable route for walkers and mountain Bike.
The Jacobean road crosses the coast of San Sebastián from side to side with the incredible sights Ulia cliff, across the city by the bay of La Concha. Several are the remnants of the historic pilgrimage to the city, as the carving of the saint in the church of St. Vincent and St. Mary’s Basilica, in the old part of San Sebastian, or the little church of Santiago, in the district of Amara, witness to this tradition.

Cooking is an art and a hallmark in San Sebastián-Donostia. Their chefs have given fame throughout the world and in our antipodes recognize us for quality cuisine.

In fact, the total of five restaurants with three Michelin stars than there are in Spain, three are in the city, complemented with another great selection of restaurants to reach a total of 16 Michelin stars and initialed the good work daily culinary artists donostiarras. This makes our territory with more Michelin stars per square meter in the world. 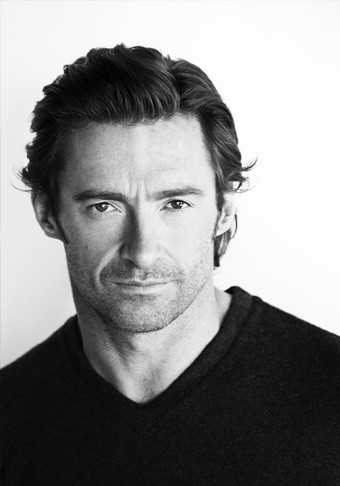 In mid-September of every year, the city hosts the leading figures of cinema. The stars are housed in the largest hotel in the city, the Hotel Maria Cristina, and ceremonies are held at the Kursaal. For the Festival have passed major film stars of the past 55 years. 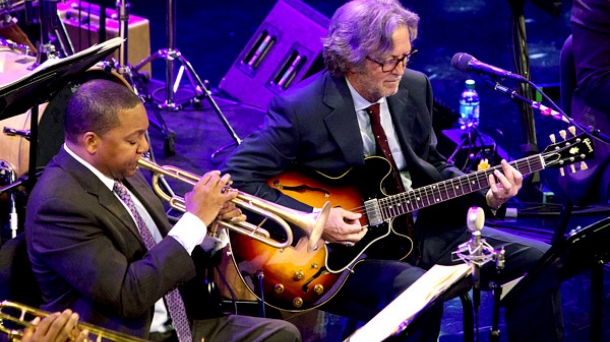 AKA Jazzaldia, was created in 1966 and is currently one of the largest in Europe. It is the oldest jazz festival in Spain.
Held annually in July, and common scenarios are the terraces, the beach Zurriola, the square of the Trinity in the Old Town, the Kursaal and the Victoria Eugenia Theatre. 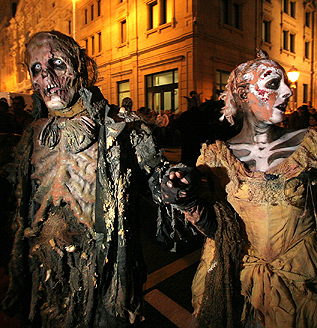 Created in 1990, is a film festival organized by the city of San Sebastian an its main theme is fantasy and horror films. It provides, among others, the Award of Digital + Short Project. 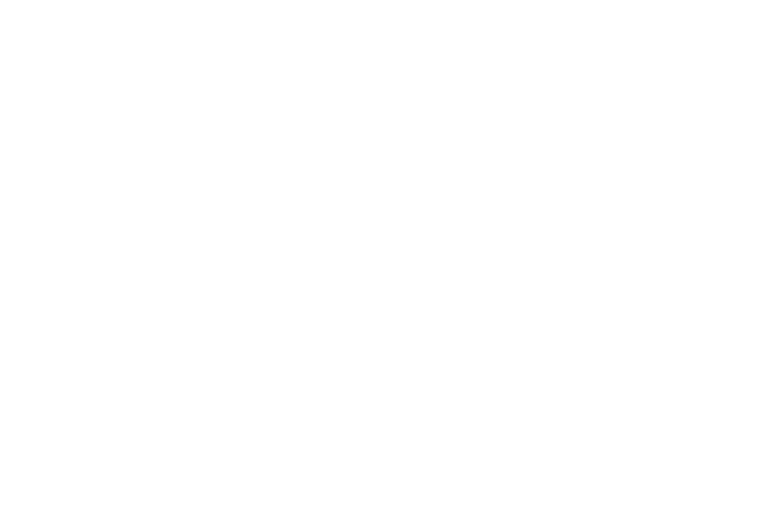 The main festivity in town is the Tamborrada, held on January 20, the day of San Sebastián. On the night of 19 to 20 January, the Constitution Square in the Old Town is filled with donostiarras about platform which places the Society tamborrada Gaztelubide, for the raising of the flag and the start of the holidays.

Throughout the morning of the 20th the Tamborrada Child parades, with more than fifty companies of school children of San Sebastian and, throughout the 24 hours it takes long the party there are flowing tamborradas of hundred of adults. The 20th at twelve o’clock, Artisan Union low the flag in the Plaza of the Constitution as a finale.

This is a festivity with historical roots that emerged in the late nineteenth. The music played, including the anthem of the city (March of San Sebastián, its letter was composed by Serafin Baroja), was written by Raymond Sarriegui, originally for piano, later being adapted for band.

We're not around right now. But you can send us an email and we'll get back to you, asap.